That Familiar Feeling: a post-PAX wrap-up. 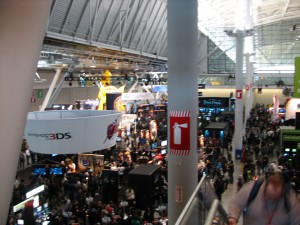 I just left home to arrive at home.

PAX-East makes itself my home once a year. The second I arrive near it, I get to talk my “true” native language (I used to think it was English. ha!) of Gaming Geekery, and I don’t apologie or stop for anyone. If you don’t understand what a +5 longsword is, or you are not familiar with “The Code”, for a few days in a small area of the world, you are the freak, not me.

It feels so good. It’s worth it for just that alone, honestly.

But of course there is so much more. I get to see all my friends I know from on-line (and since it’s technically in my backyard, I get to see acquaintances from meatspace as well), I get to find new games, meet new people, and just bask in games generally. Here are, in no particular order, my five favorite things from the weekend.

1. Drafting. I used to hate drafting. Really, really, hate it. I was a deckbuilder when I played Magic:the Gathering, and drafting seemed to rob me of my favorite tool — a full cardset. But what rocks about drafting is that it gives you a small but full cardset every time you play. Each drafting session is a miniature meta-game. Also, drafting is a way to play Magic without going nuts on cards. I’ll most likely sell or donate my cards after the draft, so the investment is minimal but still fun. Thanks to Chris and Dave particularly for helping set up the games!

2. Playtesting. I got to playtest Dicefighter several times (thank you Dave, Bo, Josh, & Ryven). This game has a really solid core! I can tell it’s a good start because people wanted to play more after each set of games. The game is short and simple, but intense and with a lot of strategy under the surface. It’s a dice game but it’s not completely random, which I love. Lots of good choice to make, and the feedback from good decisions can lead to pretty decisive victories. I got to playtest some of Dave’s fantasy hack of Marvel. Both times we did good until the Doom Pool caught up to us. Highlight was my halfling cleric attempting to talk down a beholder from enslaving us to employing us with decent healthcare benefits. We were enslaved –who knew a beholder could be such a tyrant? I played a prototype for Race to Adventure, which is also fun. It is a game that you fiddle with for the first round or two, and then everyone gets it and play speeds right along. Our first game wrapped up in about a half-hour, so that says a lot for the speed of play. Also: I was so close to winning I thought I could taste it, but it turns out I was tasting jetpack exhaust…

3. New games. I wasn’t really hunting for new games this PAX, but I found Cards against Humanity. If you don’t know, this game is like Apples to Apples in a back-alley armed with a crack-pipe. It is so wrong and so fun. We spent a few hours each day being severely delighted and horrified by this game. If your tolerance for off-the-wall stuff is high enough, I’ll suggest you pick this up.

4. People! I want to mention this because this is the main reason I go: To meet up with my tribe. I get to hang with old friends and make new friends. For everyone there I had fun with: Hello! ‘Twas a blast.

5. Design Brain Re-charge. A strange thing happens when you start talking games and game design from Thursday Evening until Sunday evening: You come up with a lot of new ideas. A lot of the ideas I hope to share with you on this very blog! It’s really great to get my brain jump-started and my motivation renewed.

What did you enjoy about PAX-East? Let us know.