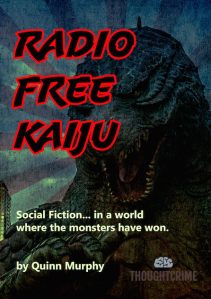 I call this a lament, signaling that the feeling of regret and grief is somehow atypical. The truth is that lamentation is the normal state of the playtest and revision cycle in design. In my experience (and in my shallow anecdotal corroboration from other designers) lament happens every time someone experiences your design. There is always some way to communicate or incentivize more efficiently. For every person who “gets it”, there are many people who don’t get it.

Your job as a designer is to figure out who is not “getting it”, why they are not “getting it”, and then start making decisions about who you want to “get it”. You build an experience, be it a game or media, and your refinement always includes (even if you wrap it in other contexts) who gets left out. To make something for someone, it means it must not be for someone else.

But even when you see someone who you know you didn’t build for not get it, it evokes that pain, that sorrow that all designers must face and reckon with: the sorrow of the failed experience. Even though as game designers we know that failure is a vital part of play, it’s still that unreasonable trick of psychology that we sometimes expect our ideas to connect with playtesters on the first try.  It never, ever works out this way, but well…never give up hope, right?

I say “Designer’s Lament” and I mean it tongue-in-cheek; Please don’t worry for my well-being!  Think of the lament as a “mid-mortem” of lessons I am in the process of learning after I process play-test feedback.  I like reading game design post-mortems, but always found myself wanting to look at the design lessons learned mid-stream that got the design team to the release of the final experience. Those principles we develop in the middle of a project connect to but stand apart from the lessons and principles created after a final release. I always thought it would be great to have both so we could see not only the snapshots of thinking, but to capture the delta between them.

In that spirit, I want to share a few things I am learning as I process playtest feedback from Radio Free Kaiju this month.  The current draft is available to those in my Patreon, and I’m looking to have a PDF available for sale in the next few weeks.

Radio Free Kaiju is a post-apocalyptic storytelling toolbox. Kaiju have attacked and we were unable to repel the strongest of them. In battling the monsters, we used nuclear weapons and still could not vanquish them. So we’ve made the planet mostly unlivable for us on the surface, while the Kaiju roam free. Human underground enclaves communicate with each other over distances via radio, and foolhardy/brave people we call “Topsiders” will travel from settlement to settlement delivering goods and reports from above.

I said this about Radio Free Kaiju’s goals:

I’ve had a few playtests done by other people, and I’ll recount what I’ve learned so far:

To Be Different is To Be Explicit

I don’t generally like talking about how different what I’m doing is from everything else. But when you get to that point where you have to say “it’s like this, except not this, that…” repeatedly, it’s a good sign you need to define yourself in a different way. And different is OK. But being different means being explicit about what you’re doing because you don’t have many assumptions for your prospective audience to rest on. You also need to have that conversation early, in a form that can be easily relayed.

A problem I’ve seen with RFK: I spend considerable time to explain what it wants to do and be as a work of social fiction but don’t have a bite-sized “elevator pitch” of expectations and play goals. When someone brings RFK to the table, the other people aren’t likely to read the book and even see those paragraphs.  The person bringing RFK to the group is the one who is likely going to facilitate (the game doesn’t centralize authority in a game master), so I need to explicitly call out what it is that I want people to understand.  Someone looking for a tactical Kaiju battle is going to be disappointed and I want to call that out; not to shame their desire (a tactical Kaiju battle game would be dope), but to make sure they aren’t trying to play something that I am not trying to give them.

In creative collaborative exercises, expectation is perhaps the most important aspect of player psychology to manage;  Players play towards their expectations. They can change their expectations mid-stream but that always comes with some displeasure and friction. If you can you must help players understand what the experience plans to do, so even if you fail to meet that plan through bad design, players evaluate it in that context.  When you don’t set expectations properly, players can get snagged up looking for things you never expected to give them.

Now, players can always get to confused expectations by refusing to honor what you state…it’s super frustrating when people do that and then evaluate you on their own misconceptions, but I can’t control that so I don’t try to.

Radio Free Kaiju has a pretty cool world-building section right at the beginning. This is actually the start of many of my design troubles with it right now!

Here is the thing: every thing you have someone do within an experience trains a person in what to expect in the future. We can set basic expectations up front, but we don’t just stop there. Every component of the experience should inform and lead up to its connected components.

But imagine coming into an experience where the group spends a lot of time creating a rich world from mostly scratch, but then asks you later to just “make up some stuff!” with loose guidance on how to use the detailed setting information it so meticulously guided you to build before. You’d feel some dissonance there, wouldn’t you?

But worse yet is this: doing a bunch of preparation at the start of the experience doesn’t prep you to do improvisational, on-the-spot play; it merely sets you up to expect that there will be more preparation work in the future.

To support improvisation in Radio Free Kaiju, I need to make the the world-building more evocative, and also “in-line” it into the Broadcast and Topsider scenes.  I also have found that improvisation is better when there are easy randomizers and seeds right at hand so players can “reach” for it when they are stuck. I don’t need to have them prepare a lot of material up front at all.

Too Much Structure can be Worse than no Structure

A feature I’m really proud of in Radio Free Kaiju is Channels:

Lastly, Radio Free Kaiju uses Channels to divide who tells what parts of the story.  Radio Free Kaiju uses no central referee/arbiter/director as an authority on the story being told, which can become confusing in practice. If we all have equal authority, how do we resolve disputes? How do we reconcile opposing visions for our story?  Channels  are a way of dividing who controls what part of a story. Each Channel is an area of dramatic concern in a scene.  The Danger Channel, for example, is concerned with non-Kaiju level dangers that the characters discover, while the Exploration Channel is concerned with discovery, finding useful items or making new discoveries about the world itself. Rather than giving each player characters, using Channels each player is responsible for the scene at a conceptual level, which the group can then play out.

Channels conceptually work really well, but the rules for using them are confusing.  One reason Channels confuse is that they insert themselves in the improvising with a relatively detailed set of rules. The depth of the Channel rules is even dissonant with the rest of the game. It makes the Topsider scenes feel very different from the Broadcast scenes and I want them to mesh better.

Putting too much structure in creative collaboration is actually worse than no structure because the human mind will try to create structure when there is no structure, but in the face of too much or too confusing structure, the human mind tends to shut down or tune out.  I’m trying to supplement and support creative thinking, not suppress it.  I know I want to keep Channels, but I also know that I need to remove the current rules and replace them with something less complex.

The structure of Radio Free Kaiju will change in some very large ways, but I think these changes will support my goals and make it even more fun to play.  Even with its problems, I’ve seen people having fun with it and I know that I can take it to the next level. If you want to see what it looks like now, I’ll remind you about the Patreon (even $1 will get you access!) but otherwise I hope you’ll check it out in its final release!