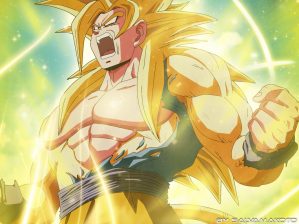 I think a lot about why I like anime. What about it keeps me watching it so intently?I’m not really for the weird things that often creep out my cultural sensibilities, like weird fan-service or sometimes weird hyper-racist depictions (it doesn’t happen so often with what I like to watch, but that just makes it more violent and weird sometimes…).

I’m not really for the weird things that often creep out my cultural sensibilities, like weird fan-service or sometimes weird hyper-racist depictions (it doesn’t happen so often with what I like to watch, but that just makes it more violent and weird sometimes…).

When I think about why I like anime, I think I get a little weirded out because I loved anime when I was a child. The first time I saw Robotech and didn’t even know about anime (which I think they tried to first nickname ‘Japanimation’ to make it sound less foreign?) I was hooked. Most things I loved as a child I have either abandoned, evolved my tastes or cultivated an uneasy and lukewarm relation to.  My love for anime remains pretty intact though.

Certainly, it can’t be the filler that one must often contend with or people screaming for what feels like minutes. There are all these flaws and holes in most of the anime that I watch that could easily turn you off. They certainly drive my wife away, though my son loves it many of them.

Breaking it down, why I am here for anime is that it’s storytelling deals in hyperemotion.  Hyperemotion is that range of intense feelings powerful enough to animate you, moving you out of your normal state of being so that you can change the world around you.  Hyperemotional storytelling can result in lots of screaming-while-you-punch cinematics, but it also results in moving scenes that touch your heart.
Hyperemotion creates a connection between your feeling as an audience member and the character you are watching.
When the story reaches its Hyperemotion apex, it has this chance to make you, the viewer, feel the emotion the protagonist feels. When Hyperemotion is skillfully done, you feel sometimes like you are smashing through that foe, that obstacle, that wall of physical or psychological force that steps in your way.
In Hyperemotion, you and the protagonist share fists, minds, and hearts.
Hyperemotion is built most effectively not by focusing on individual pains and actions, but rather by creating emotion “networks” within the story. The Hyperemotional network is the grid of emotional energy  expressed and delivered by a group of related characters. An emotional network builds better emotion because it can build tension in these networks before releasing them into a climactic burst of emotional and physical entity.

Hyperemotional networks create this tension by creating two basic classes of characters: Actors and Feelers.
Feelers are those who are able to experience the world as it is.  They appreciate and exist best they can within the status quo. They can only experience and feel the world however; they cannot change it. For the audience, Feeelers are our true viewpoint into the world.  We can tell if the balance and harmony of the world is OK based on how we see the Feelers react. Feelers rely on Actors to change the world if it somehow becomes unsatisfactory.
Actors are those with the ability to change the world that they currently inhabit. They have sacrificed feeling for agency and power. While Actors have principles, they lack perception of the world as it is, meaning that they no longer appreciate it to anywhere near the level that feelers do.  Actors can only really truly feel through their relationships with Feelers. It is the relationship with Feelers that allow Actors to feel and eventually lead through Hyperemotional states.
To be direct: Feelers are what make life worth living for actors.  Feelers are the most important characters in just about any anime/manga story.
I give two classes but understand that every character tends to exist on a spectrum between these Actor and Feeler.  Characters might have a 30/70 split of Actor/Feeler, or even 50/50. Each of these ratios of acting to feeling represents a major character archetype.
It is very rare when a character is 100% Actor or Feeler, and even those states tend to be transitional. We can think about when a character enters a “burst” state, where their emotions turn them into a being of total action for a temporary time. In “Burst” characters can use powers to change the state of the world.  They can tear down the walls or situation that troubles the feelers in their network.

Did you ever ask yourself: “Why the FUCK is Krillin here?”  Dragon Ball Z quickly gets to a point where Krillin is out of his depth. Yet he remains a crucial part of just about every storyline. I think of this as “the Krillin Effect”.
Krillin is probably about 99/1 Feeler/Actor. Krillin does so little in the latter DBZ story. Not through lack of effort — he tries really hard! — but he lacks the capacity to do more than he does in the arena he is in. Krillin is a walking hostage, functioning as a portable plot device.  “Save Krillin!” is a pretty common subplot in DBZ. Krillin’s most important function, though, is that he reminds Goku what it is to be human.
I don’t know if you know this, but Goku is, by most relevant definitions of the word, a God. Goku can literally destroy planets. In the later DBZ, Goku is pretty much 1/99 Feeler/Actor. How does such a being even think about beings who don’t possess his power? Goku is married to a human, but even she is off the battlefield.  Her inability to act is at best background noise.  But Krillin is the in the moment reminder of humanity and it’s limitations. Krillin puts forth effort and falls short, feels fear and pain. Krillin thinks of consequences to the world around.  Krillin is of this world and inside it; Goku is merely tethered to this world.  Krillin is the most impactful part of Goku’s emotional network, focusing and channeling what the even more powerless humans in the generally unnamed and unseen cities would certainly be feeling.
There is a sense to me that Krillin would actually be humanity’s proxy in the world of DBZ.  He is our champion, but not representing our power.  He is the champion of our feelings and powerlessness in the context of Saiyans and other conquering gods.
Krillin has grown up with Goku (interesting to note that Krillin was much more of an actor in the original Dragon Ball) and the two have deep bonds. Their relationship is one of the clearest examples of the Hyperemotional network in action.
Goku has the power to save and change the world…but Krillin represents the reason he even wants to. One can argue that Goku couldn’t even relate to this world he repeatedly saves without Krillin and his network of friends who live inside it and share their jokes, pains, and fears with him.

The Power of Community

So it is that the powerful and the “weak” often empower each other in Hyperemotional networks. In recognizing this, I realize that my main reason for watching anime for all these years is watching these imaginary communities come to life on screen. I still derive fascination at how these communities come together to empower individuals to transform the world in which they live.
When the storytelling brings us properly to physical and emotional transformation, there’s nothing quite like it.