Why Art? Why Now?

why art? why now?

The election has made everything seem scary, overwhelming, and futile.

What point is art in a dictatorship? It is an easy question to ask, but also easy to answer when you take the time to think about it. Art is the most important thing we can have in a dictatorship.

Resistance is suppressed but real art is resistance even when it lacks that intention. Art is self-expression so resists the whims of a fascist state that wants you to express what it tells you to express. The totalitarian will have the finest statues and paintings and design, sure…but we can say with confidence that that is propaganda and not art. What will be missing from all of these things is individual tastes and style. The will of the authoritarian avoids the vulnerability that makes art possible, masking it behind the falsehood of “perfect” standards that he alone defines.

The fascist’s art is a flawless, stillborn dream that can only even be critiqued in the language of how much it meets the fascist’s standards.

To express yourself to others in a way that direct dialogue cannot, to bare parts of your vulnerable self; no matter how imperfect, that is art. That art, shared with others to critique and perceive as they will, is resistance to the solitary vision of life that the totalitarian holds for you.

So then this question, which I’ve asked myself and I bet many of you have as well…why bother with making art now?  Shouldn’t we be doing more?  Well, I think we should do those other things too! But we must make art in parallel. It affirms why we are here, who we are, and what we will try to retain or re-acquire. Without art we become fascists as we fight the fascists.

This is why I took the time to think through my problems and re-dedicate myself to making art. Is social fiction art? Are games art? Those questions actually bore the crap out of me so I’ll just circle YES, highlight it, and hire a plane to spell out Y, E , S in the clouds.

When you experience art, you create a moment in time that they can’t take away. They can force you to hide it, they can make you renounce it, they can kill you if they need to, but the brutal arms of a totalitarian state can’t reach far enough to take these moments from you or from others who experience them. They have no way to track or stop the way seeing one image, one phrase, one scene imperceptibly alters your vector, your direction, your life. Worse yet, if your art is out there, it has a chance to spread, and “infect” more minds and lives.

Art is what they can’t take away.

And in the end, I think that’s how we win. It sounds glib, but what I believe is this: vulnerability beats dogma in the long run. The chains of dogma are forged from the iron of deception and force. Without trust, these links are brittle inside. These chains cannot support the weight the fascist tells you they can.

Vulnerability builds trust. That trust, if well-honored (trust lasts best when it is not abused, taken for granted or assumed) creates a core of incredible strength. That strength becomes the hammer that breaks those chains.

And what helps us be vulnerable, and be true? Art.

That is why we must create art and support art now more than ever.

Signals as a Design Tool 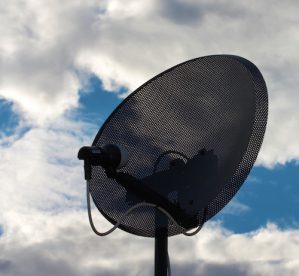 Great RPG design is a lot about what you signal to players from the outset.  People bring in their own expectations of what the game is, and they run down roads the second they see signals that you are building something that resembles a past pattern. This is natural, as humans are hard-wired to make meaning, which in essence is creating shorthand and shortcuts.

Signals are important because they control expectation, and the bulk of how an audience feels about a piece of work comes from expectation. A lot of frustration in design is intending one thing, but seeing people do something different than what you intended — heck, even contradicting what was literally stated in the text — and taking issue with that. This frustration is where the philosophy of “Playing well or right” in some storytelling circles evolves from.

While I have experienced the frustration and understand the notion to get players to “do it right” by not complaining, tweaking or revising the process of play, I think we as designers must understand that we are communicators.  Some people refuse to communicate in good faith, that is true…but many cases it is about us stating one thing and signaling another.

All good designers borrow from other sources to create the best experience they can, but it is a common trap to forget that every structure, process and feedback mechanism we use comes with its own set of signals. Being unaware of those signals can lead to crossed up expectations and behaviors between designer and player.

What are signals in game design?

Signals are mechanical or textual structures that indicate what participant behaviors are expected and rewarded. Signals communicate through pattern-matching or pattern-breaking. For instance, a game with Hit Point signals that combat is relevant to some degree, as it matches the pattern of D&D and many other games that use the same structure. Going further, including any life-tracking element whatsoever signals that death, and therefore violent struggle, is a part of your storytelling experience.

The absence of life-tracking elements signals through pattern-breaking. If there is no way to track life, it indicates through lack that the experience is not about a life or death struggle, but about other stakes.

You need more than signals to create a game, obviously. With or without the life-tracking element of our example, you still need to provide the implementation of mechanics or process that utilize these signaling structures. And players need to follow them!
From my own observations, a common occurrence is for players to follow “signaled” rules rather than the rules as written, even when stated clearly. People see that pattern and they make the connection.  If you include a life-tracking element but write rules that do not engage it, or use it for something else (maybe you mean to track levels of happiness instead), your audience is still going to pattern  match often with what they know it to typically be, often going so far as to assume you as a designer have made an omission or typo.
Great design is about aligning your signals with your intent and bringing people as close to your experience as possible. Now, someone will always bring up those acting in bad faith, but I don’t build games or experiences for those who refuse to appreciate them or understand them on their own terms, and I don’t think you should either. For some people the fact that Underworld or Radio Free Kaiju is nothing like another game that they really like is an immediate non-starter; to be clear, what I discuss about signals is not intended for that audience. Signals aren’t a persuasive tool, they are sorting and communication tool.

What I like about Radio Free Kaiju’s structure currently is that every scene it gives someone a role with it’s own specialized brand of authority. I think that Channels as a concept work, even though I have been dissatisfied with the end result of the implementation. Individuals can make it work or not work, but it takes too much interpretation or feedback from the designer directly to bridge the gap created by cognitive dissonance.

Additionally, the way it is structured, it signals to valuing things it doesn’t. The game currently requires a facilitator because it has one book and a bunch of rules, which means one person is a faux GM/arbiter. This in turn signals to others that there are player roles to be had, whose only responsibility is to the control of a character. Also, it signals repeated campaign play, and I’m not intending that either. That’s not what I want or intend, so that means sending better role signals.

Last, the problem with my Social Fiction work so far is that it uses Freeform and improv but can sometime not guide sufficiently. Radio Free Kaiju does a lot of work of doing world creation but then doesn’t set you up to use all of those elements correctly. Too much upfront world-building creates an expectation of payoff and re-incorporation. It also signals that the game is about this steady buildup, best done over several sessions so we can use all of this juicy material.  But that’s not what I want, or what I think the best option for Radio Free Kaiju is.  I want RFK to be more improv and cinematic; more authorial and less about individuals connecting to individual characters.  The intent here is to enjoy the world as authors and co-creators, immersing in acting enough to see your creation in motion.

But again, signals! These structures I use aren’t bad generally — I actually think the worldbuilding piece is quite strong, for example — but many of the current structures in the game are bad for the context in which I use them.

Core to signal design is context. The reason we playtest games, in fact is to compare the context of designer intent with the context of player experience. Where there is a mismatch, we then need to see what we signaled as designers without being aware. What assumptions are players bringing in, and how did we match or break those assumptions? Whatever we say as designers works best when we create the proper mental environment for those who play our games. A lot of game design texts talk about proper reward/feedback design, but I believe paying more attention to what we signal implicitly through our structures is often forgotten.

Whatever we say as designers works best when we create the proper mental environment for those who play our games. A lot of game design texts talk about proper reward/feedback design, but I believe paying more attention to what we signal implicitly through our structures is often forgotten.