The Sky Belongs to the Monsters: Introducing Radio Free Kaiju 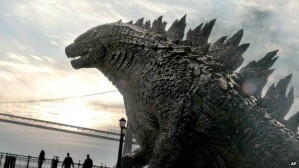 After I made Community Radio, I had the idea to do a series of “radio” games, each in different contexts and genres.  Where Community Radio is in a Nightvale-esque world,  Radio Free Kaiju is a world where giant Godzilla-sized monsters rose up and won.

In Radio Free Kaiju, giant mutant monsters forced us to tear apart our world with nuclear weaponry just to have some chance of surviving against them. We built outposts and cities underground to hide from the surviving Kaiju. Humanity hopes to rebuild, but each outpost has only some parts of the puzzle needed for that. One outpost may have a rare material to make a special new bomb while another outpost has the only scientist capable of designing a solution with it. With the internet destroyed, there are few ways to communicate with other outposts to assemble the means and methods for humanity’s resurgence.

Radio is our last hope.

Through radio we can guide in those brave enough to travel Topside, bringing valuable resources and information from outpost to outpost. With radio, humanity could unite against the Kaiju, and step into the sun once more.

Never have the airwaves been more important.

Radio Free Kaiju is a storytelling experience for 3-6 players in a Kaiju-ravaged earth. When playing it, some players will take the role of Broadcasters, detailing life in the outposts and setting up potential news of the world outside.  Some players will take the role of Topsiders, brave or foolhardy travelers who are nonetheless needed by the outposts for barter, salvage and exploration. Topsiders will describe their adventures as prompted by the news from Broadcasters and effected by random, sudden events.

Like many of my releases, it will be compact but meant for a lot of interesting and emergent play.  I’m aiming to make it something that’s compelling with just 1 hour to play, but also something that can be deepened and expanded over time. I’ve talked about wanting shorter storytelling experiences, but what I really strive for is getting to the fun part of group storytelling faster. Setting a “playable with 1 hour” limit helps me to focus design to fit that constraint.  Once you’ve got a game that is good in a short time, you have a game that is good in a longer time as well. The trick from there is provide additional structure for “going long”.

It’s taken a while to get from the base concept of Radio Free Kaiju to here, but now that we are here I am excited to get something play-testable out the door this month and I hope you are excited as well!  You can get a playtestable form this week by signing up for my Patreon or you can wait patiently for the full PDF to be released.