Icons of the Schism: The Usurper 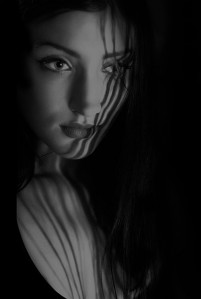 The queen of shadows…and death

It began as all matters that spiral out of control begin: simply. The Usurper wanted to live longer. To prolong her life she discovered then mastered the art of stealing shadows. To steal someone’s shadow accelerates their death, while adding vitality to the thief.  Most lost years of their lives without ever suspecting why. She stole shadows from the rich, from the poor, from the healthy, to the sick. No matter what person she stole from, the value of all shadows was the same.  What if she could steal the shadow of a god?

So she stole death’s shadow, and killed it.

The woman who killed Nethane now lives in the highest spire of Reach.  Somewhere between god and mortal, she frantically seeks to master Nethane’s energy. She needs to complete her transformation before the Steam King finds her and extracts her secrets forcibly from her.  She sends her shadows to defend and protect the city, and some parts of Laeda.  Reach flickers and shimmers in shadow from the light of her thousands of floating crystal eyes.  She can see anything that happens in Reach, but is she really watching?

Will the Usurper reach her full potential before everything she has gained is taken from her?

“Truth is amusing.  I once believed in it, but I now know it’s a matter of whether one stands in light or shadow.”

The Usurper is rarely seen, and even more rarely seen in her tower. Most adventurers will be more likely to meet her through communication with a shadow-crystal.  Many question if she can actually leave Reach, but there is no evidence to support or deny this.

The Usurper killed the god Nethane in the middle of the Dying Day, a ritual where the god’s followers summon him to bow at his feet. Disguised as one of his clergy, she knelt at his feet. She rose to her feet holding the god’s shadow in her hand.

Nethane died on his own altar, screaming and bleeding before the whole city of Reach.

Adventurers and the Icon

The Usurper likes analytical heroes.  Anyone who seems like they can solve a tough problem might find themselves spoken to by her, as she has no shortage of difficult situations to work though.

The Usurper is allied tenuously with the Lords of Kitani out of necessity. They haven’t asked much of her, yet.  She also is a favored traveller in the Shadowlands. The Prisoner is a useful dog to offer a bone to. The Usurper hopes to open a dialogue with the Twin Serpents one day, but today is not the right time. The Speaker is a fool, but a useful tool if directed properly.

The Steam King is everyone’s sworn enemy.  The Speaker is a running joke who the Usurper will surely kill if she can ever get to him. If the Twin Serpents don’t come to terms, they will be dealt with.  The Prisoner might outlive his own usefulness one day, but he does possess a certain charm…

Tales used to be told of a nomadic cult of people who worshipped shadow. The Laedan church had once declared them heretics to be killed, but it appears that a few survived.

If anyone returns Nethane’s shadow to him, the world will learn what true anger is.

Schism: A setting for 13th Age 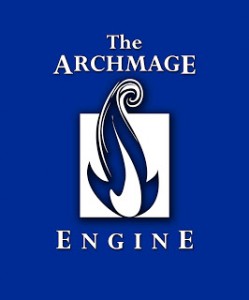 I’ve given many teasers for the setting Schism, which I’ve been working on for some time with Mike Hasko, Ryven Cedrylle and Jeremy Morgan.  What I haven’t done is release the actual content of the settings.  Here is the teaser/setting pitch.  Expect more details of the region and culture in future posts!

Collari: a Reign of Steam and Terror

The Steam King is finally free to conquer all of Collari.  For many years his cruel reign remained constricted to his kingdom of Beltzhoover. He could not bring war to Laeda or Kitan due to the Gray Shield created by the priests of Nethane, the god of death.  The Gray Shield decomposed all undead or re-animated beings from entering Laeda, thereby keeping Beltzhoover’s ruler and his steam-powered necromantic forces.

But Nethane is dead. At a yearly event in Reach where the god took tribute, a master of shadow magic stole Nethane’s shadow.  This unexpectedly killed the god, transferring much of his power to the Usurper at the cost of the divine power once granted to his priests. The Gray Shield fell. The Steam King sensed this almost immediately and began to deploy forces in Laeda and through it, to fight Betlzhoover’s hated Nation of Kitan.

Laeda itself is fractured. For centuries worship of all other gods has been forbidden. With Nethane dead, many hidden cults have now resurfaced, and battle for political control and religious freedom.  The Usurper spends her time mostly in her tower in Reach, trying to figure out how to control and access the powers of the god she slew, and restore the Gray Shield.

It is said that the Orisha that now rule Zimare,  descended from the Heavens to prepare for these troubled times. Zimare trades with Laeda and Kitan still from across the Southern Sea, with ears and eyes out for signs of the event that prophets long said would bring the nation to ruin.

In the midst of this all you play adventurers attempting to heal or further fracture the land as you see fit. Do you want to unite Laeda? Defeat Beltzhoover? Support Kitan? The choice is yours when you enter the world of Schism.

(Thanks to Jeremy for setting this up!)