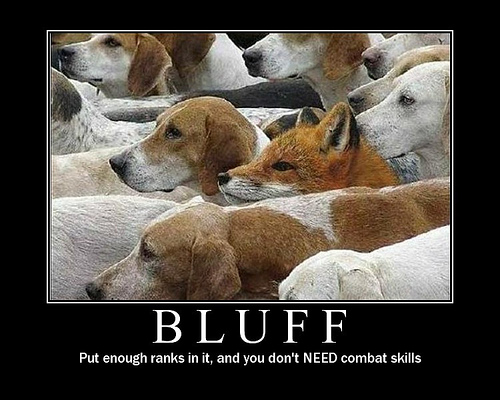 4th Edition brought the idea of the Skill Challenge to the forefront of the minds of D&D players everywhere. Quinn spent no small amount of time explaining skill challenges – how they should work and when to use them – on At-Will so I won’t give a long dissertation here.  Go here for a refresher on good design if you feel you need one. (I also added my thoughts in a few of the Aberrant Rules mini-casts if you prefer audio form.)

In the end, skill challenges were largely abandoned. In fact, D&D Next  explicitly doesn’t support them at all. In my opinion, that’s a failure of the design team to fix the bad implementation of what is otherwise a good idea. 13th Age provides a place for us to reintroduce skill challenges the way they should have been designed and run in the first place.  (Is that maybe a little arrogant? Sure. There are multiple good ways to do skill challenges…   but go big or go home, right?)

The 13th Age system itself does two things that solve at least half the problems of the 4E skill challenge without lifting a finger further. First, it replaces Skills with Backgrounds. I love a nice thoughtful skill list as much as the next person, but when it comes to moving mentally from ‘what should I do?’ (narrative) to “what should I roll?” (mechanical), a small number of widely useful Backgrounds is much less headache than a comprehensive skill list. Futhermore, the numerical discrepancy between Backgrounds is less than the discrepancy between skills..  a little. I have personally still run into instances where tuning something for both the Rogue (with 3 +5 Backgrounds) and the Cleric (a +1, +2, and +3) doesn’t quite work right but it’s nearly as close as you’re going to reasonably get with a d20 modifier-based system and still have effective skill differentiation between characters.

The other thing 13th Age brings is the escalation die. Though we will end up using the Escalation die mechanically as well, the important bit is the spirit of it. 13th Age battles are front-loaded. If you’re going to lose, you’re probably going to lose in the first few rounds and then you move on. If you survive those first few rounds, the escalation die tips the fight heavily in your favor so that you don’t spend two hours mopping up mooks and lets you move on. 13th Age really wants you to keep going. It’s a change of expectation that means what we’re about to do is going to make far more sense than it would in 4E.

As a prologue, we might all – as a group – define the stakes of the skill challenge. Are we making a magic item and if so, what are its functions? Are we climbing a wall, and if so do we need to be fast or stealthy? Are we in some kind of negotiation and if so, what do we want and what are we willing to give up? The DM might do this in advance for some circumstances; in others a good group discussion will go a long way.

To build the challenge mechanically, we’re first going to throw out ‘number of successes’ as a criteria. Why roll for something you succeeded at? If you got it, great! Let’s move on to the next thing.  In place of counting successes, we’re going to use a higher-than-normal DC value to represent the whole challenge. I recommend the following calculations for DCs:

*This gives a 30% initial chance [15+] for a solo character with 2 background and 2 ability mod on Moderate. If the task is easy, don’t even roll.

The next step is the most important: DEFINE YOUR FRICKING FAILURES! So many 4E skill challenges fell apart because either the situation wasn’t actually complex enough to warrant a skill challenge or individual failures that had no real bearing on the final result were hard to describe.  Here, we’re going to describe between 2 and 4 things that could go wrong or become complicated. If you can’t do that, you don’t have a skill challenge. At the same time, however, we are going to assume a minimum level of success so that the game can move on.  If the PCs engage in a skill challenge, they are guaranteed at least kind of a victory. The challenge is over if they hit their DC requirement OR they burn through all the failures and each failure means something concrete.

Each time a PC fails, the Escalation Die goes up by 1… usually. We’ll come back to the big exception in a minute.  PCs making  a check against the challenge get to add double the Escalation die to their skill checks. (Yes, it’s a little weird but it has to do with balancing  initial Background scores with sufficiently spaced difficulty levels and constantly closing the gap between them at a good clip. You’re just going to have to trust me here.)  As each person fails, success gets closer and closer. Remember, 13th Age is still a Big Heroes game. We expect the PCs to win in the end so it’s ok.

Seems like I’ve pulled all the danger out of the system, haven’t I? Most of it yes, so let’s add one more wrinkle to increase the tension a little. If your roll fails the DC by more than 10, you’re out of the challenge.  This is not a rule I would include every time but since you will almost always have fewer failures than PCs, you still won’t ever hit a narrative wall. The failures will burn through before you run out of players. Also, if you want to allow players to aid each other, one aid attempt is allowable per roll. The aiding player describes a relevant Background and just hands the rolling PC a+2. Done. However, if the main roll fails by more than 10 still, BOTH rolling and aiding PCs are out.

You might be asking, “why the Escalation die?” Two reasons – first, it lets you combine a skill challenge with a battle at the same pacing. If the battle is more important, up the Escalation Die with the fight (the big exception mentioned above). If the skill challenge is more important, escalate with the skill challenge. If they’re about equal, escalate with both!  If you don’t want linked pacing then maybe you  have two escalation dice, but I can’t think of a good battle/skill challenge combo where I don’t want to move the tension along on the same track. Second, it’s possible that players might find uses for some spells or songs  that carry escalation riders outside combat. Including the die specifically hedges bets.

In part 2, I’ll give a longer list of sample skill challenges but to close out for today, here’s what my proposed 13th Age Skill Challenge looks like written out: