Soundcrime #3: Crusaders in the Dark 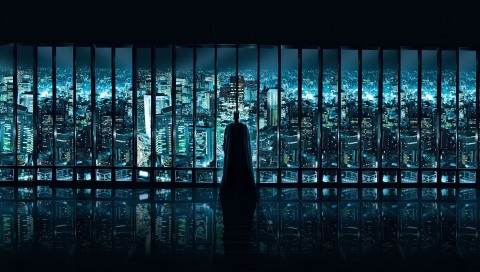 Heroes like Superman, Spider-Man, and Invincible face their foes with quips and wit, so they need hope and optimism their soundtracks. But other heroes mete justice from the shadows, skulking their criminal prey,  and there’s no room for joking during an inner monologue.

Many superhero stories have their highs and lows, which is why some albums crossed between the “Champions of Light” playlist and this new edition. I’ve focused on some of the darker and grittier tracks for games that are about clearing the dark of monsters, not lighting a beacon of hope.

This is a score for vengeance.

As with “Champions of Light,” we begin with a song from the X-Men: First Class soundtrack. Magneto never thinks of himself as a villain. The best bad guys never do. His theme captures the essence of heroes ready to break a few rules to do what they think is right. But how far over the line are the heroes ready to go?

Studios rushed to imitate the success of Tim Burton’s Batman films in the 90s, which meant Danny Elfman was in high demand. “Rooftops” is off of the Dick Tracy soundtrack, and what respectable eventide angel doesn’t dash across city rooftops?

Vigilantes are often at the crime scene long before the Commissioner’s phone rings. This song from Ramin Djawadi (whose work might be more familiar to you from Game of Thrones), is the perfect background for detective work.

The Thor I’m most familiar with usually has a smile on his face, but while I have’t seen the film, Patrick Doyle’s score seems brooding enough that I have four tracks from it here. They’re sweeping and impressive, and I think “Frost Giant Battle” is ideal for the scene where the Big Bad Evil Guy escapes his hideout and leave the heroes to deal with his underlings. This track feels like time is running out.

The Sun May Rise Again

There are several Zimmer songs from the Nolan Batman films, so why highlight this track from The Lion King? It simply kicks ass. This is showdown music. But it cuts to a somber tone as it ends. While Simba mourned Mufasa’s death, there is an air of “life goes on.” The dark path that many heroes follow doesn’t always lead to a happy end, but they never give up, and they always live to fight another night.

Crusaders in the Dark- A Supers Gaming Soundtrack